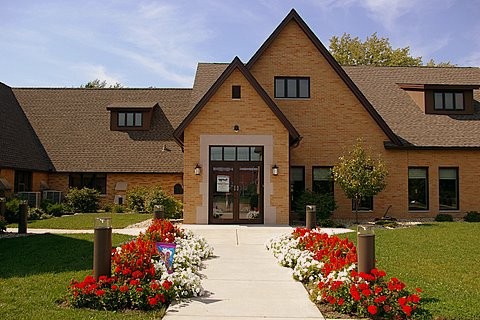 This week’s Sunday service can be found here:  https://www.youtube.com/channel/UCpv2txxNeXN0BCt6d8tP2iw/featured

If you would like to receive the Word and Sacrament in your home to make sure your faith remains strong and your inner peace and faith controls your outlook, please call me at 1-516-477-1770.  Let us know what is happening with your family so we can keep caught up as if we were at church.

What a brand-new world we live in.  Psalm 91 read and digest often.  I do every day!

THIRD SUNDAY AFTER THE EPIPHANY

The land where the tribes of Zebulun and Naphtali settled was repeatedly overrun by the armies of other nations. It was the invasion route into the Promised Land, the route for conquerors God allowed to punish errant Israel. But another “alien” would come one day on another mission: Isaiah used the land as a metaphor for our Lord’s coming to begin a new rule in our hearts. He would be as light in the darkness and joy in the harvest. His coming to save us by going to the cross was so different that it seemed to be folly. Yet, to those who came to know our Lord personally, like the disciples in today’s Gospel, there was no question but that they would follow this man. Today’s worship is an opportunity to rejoice over the light, joy, and salvation Christ brought from heaven to this dark, sad, and fallen world.

P: The word of the cross is folly to those who are perishing,
C: but to us who are being saved it is the power of God.
P: Wait for the LORD; be strong, and let your heart take courage;

C: wait for the LORD!

P: St. Matthew writes that Jesus began to preach, saying, “Repent, for the kingdom of

heaven is at hand.” Let us respond by confessing our sins and asking our Lord’s forgiveness.

C: Heavenly Father, we confess our sins to You. We are too much a part of this fallen world. Because our citizenship is in heaven, invade our thoughts, words, and deeds by Your gracious power. Help us to live each day as pilgrims heading to the eternal promised land. Turn us from our sinful direction to follow our Savior’s gracious lead, walking in ways pleasing to You for Jesus’ sake. Amen.

P: “For the word of the cross is folly to those who are perishing, but to us who are being saved it is the power of God.” Be assured that through Jesus’ blood-bought rescue, you are already citizens in the Kingdom of heaven. In the stead and by the command of our Lord Jesus Christ, I therefore forgive you all your sins in the name of the Father and of the Son and of the Holy Spirit.

P: The Lord be with you.

C: And also with you.

PRAYER OF THE DAY

C: mercifully look upon our infirmities and stretch forth the hand of Your majesty to heal and defend us;

P: through Jesus Christ, Your Son, our Lord, who lives and reigns with You and the Holy Spirit, one God, now and forever.

(Light and joy will replace gloom and sadness.)

R: This is the Word of the Lord.

C: bring an offering, and come into His courts!

(There should not be divisions in the one Church.)

R: This is the Word of the Lord.

P:   The Holy Gospel according to St. Matthew, the fourth chapter.

(The Gospel is read.)

SERMON THEME      “God’s Light in the Midst of Darkness”

PRAYER OF THE CHURCH

P: Let us pray for the whole people of God in Christ Jesus and for all people according

Let us pray for the Church here and around the world, that God’s light would shine through us, attracting many who still walk in the darkness of their own making, and uniting in faith and confession all who trust in Christ their Lord.

C: Light of the world, use Your Church to enlighten those who live in this world’s darkness, and enable our brothers and sisters to find in their Savior the true source of peace and concord.

P: Let us pray for governments local and national, that God would open leaders’ eyes to see opportunities for peace between nations and safety and concord among their citizens.

C: Light come to us from above, we ask that You guide, protect, and defend elected officials, police in our communities, and troops deployed, that peace may break out and the Church may prosper.

P: Let us pray for those near and dear to us. Lord Jesus,

C: source of light and health and peace, hear the prayers of all who call to You in their illnesses, sorrows, and grief. Shine on them in blessings and peace so that faith may remain firm until it is replaced by sight.

P: Let us pray for expectant parents, helpful counselors, and resourceful agencies as they seek to help families be nurseries of growth in body, soul, and mind.

C: By Your gracious visitation, give them strength, increase their love, and provide unexpected joy in their service to You and the people around them.

P: Into Your hands, heavenly Father, we commend ourselves and all for whom we pray, trusting in Your Son, Jesus Christ, our Lord.

P: The Lord bless you and keep you.

The Lord make His face shine on you and be gracious to you.

The Lord look upon you with favor and give you peace.

P: Go in peace as you serve the Lord.

GOD’S WORD TELLS US THAT WE ARE TO VALUE OTHERS AND TO LOOK TO THE INTERESTS OF OTHERS.

“Do nothing from rivalry or conceit, but in humility count others more significant than yourselves” (Philippians 2:3).

EPIPHANY AND THE CHURCH

A Time of Worship – Epiphany is a season of worship because it deals with the glory of God manifested in Jesus. The season begins with the Wise Men’s coming to worship the new born King. The season ends with the worship experience on Mt. Transfiguration. When people see Jesus as God’s Son, they instinctively fall down to worship Him as Lord.

A Time to Witness – Epiphany is the season of light, and light shows and reveals. The light burns that all might see the truth and the way to God. It is a time for emphasis upon evangelism, the telling of the Good News from God’s people, the spreading of the light of Christ in a dark world. Christ is the light and Christians reflect that light in the world. They are light-bearers, and they are to go through life lighting candles.

A Time to Win – The universal atonement of Christ is the center of Epiphany. This is the teaching of Epiphany Day with the coming of the Gentile Kings to worship Jesus as Lord. The Light of Christ (the Gospel) knows no end; it goes to the ends of the earth. He is the Light to lighten the Gentiles. The Church goes about her business of winning the world for Christ. The light of Christ is not merely to shine on Christians but through them to the salvation of mankind. During this season the Church places emphasis upon the cause of world missions. It is the outreach time of the Church.

It Was so Simple

What Christian ever tires of hearing the Christmas story? First we hear about the Angel Gabriel. He was a busy guy, delivering messages from God. He must have enjoyed this task, though, because he was bringing good news. To Mary he said, "You're going to have a son, and you shall call His name Jesus." To Joseph, who understandably was a little unsure of how to proceed with Mary, Gabriel said, "Don't worry Joseph. This is God's doing. Mary's going to have God's Son." Simple, right? Just follow God's plan.

Then there's a decree from Caesar Augustus. He had no idea he was just a pawn in God's hands. As the powerful ruler he was, he issued a decree: "Everybody has to go to his hometown to be registered for the census." And everybody went, including Joseph and Mary. Even though Mary's pregnancy was quite advanced, she went on that arduous trip. Why not'? She was in God's hands, too, although far from a pawn. She was God's channel. Through her God would bring to earth the greatest gift ever received.

Just in time, the innkeeper said they could stay in his barn — just in time for the birth. No hospital, no neonatal unit, no Lamaze God brought His Son into this world.

Some poor shepherds were out in the fields that night, just like most nights. But it wasn't like most nights, for the night sky filled with light as angels appeared and "the glory of the Lord shone around them." Those shepherds looked and listened, and then they acted. "Let's go see what God's been doing in Bethlehem," they said to each other, and they went. And they believed, and they told others what they had seen and heard and now believed.

Sounds simple, doesn't it? Not complicated like the world is today'? Not exactly true. The world was complicated then, too. Political intrigue abounded; wars were being fought; the greedy still coveted more and more; some people then, as now, were too busy to see the angels or hear their message. But not everyone! Then as now, some will put aside the hustle and clamor. We'll slow down and listen for angel's wings, and we'll hear the message of "Glory to God in the highest, and on earth peace among those with whom He is pleased!" We'll take time to peek into the manger and worship God's Son and we'll eagerly "[make] known the saying that [has] been told [us/ concerning this Child.

So as we enter another year of grace, let us cross the threshold of the new year with two all- pervading thoughts in mind: deep repentance for our personal sins and humble trust in divine grace; absolute despair of our own record of accomplishment, but absolute and unwavering confidence in that Savior whose record of accomplishment has been written to our credit—and who will be our Savior in the new year even as He has been in the old.

In Christ, the gift to be shared, 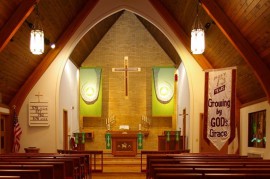 Please enjoy browsing our site. We welcome your questions and comments and look forward to visiting with you at one of our upcoming worship services.

To all who are weary and need rest,

To all who are lonely and need sheltering love,

To all who sin and need a Savior, and

To whomever will come, our church opens its doors in the name of Jesus Christ.﻿